Living very close to my grandmothers, the flowers in my life, has made me the man I am today.  They have inspired me in so many ways, nurtured my soul with so much love and of course enriched my life more than anyone can ever imagine.  The sense of gratitude I feel towards them is sometimes too overwhelming. I don’t know how I will ever repay them. However, I know that I will continue to share those eternal memories I made with them back home and hopefully make new ones when I visit them in the coming summers.  I am just so fortunate they are still a part of my life today!

I am going to share with you a very traditional dish that my grandmother (Teta) grew up eating and enjoyed making for all of us.  The first time I ever made this dish was just a few days ago! And now I am sharing it with all of you as if I am some "pro" who knows what they are talking about?  Well don’t worry because Teta approved it and gave me a two thumbs up! I had to call her after I was done making it to express how thankful I was that she made it every time I asked for it! Cutting and peeling that pumpkin was extremely challenging. I just don't know how her frail hands managed. Can you say love!? The reason why I waited all these years was because it is a hard dish to make, and I was contemplating whether or not I should share it before I post some of the more basics ones, but I thought who knows, a lot of you might be more interested in what is more traditional.
I shared with you last month the Kibbeh Nayyeh which is the raw version that is eaten as an appetizer.  I called it the "King" of appetizers. Today I would like to share with you the Kibbeh Heeleh. Kibbeh’s got to be the most versatile dish in Levantine cuisine.  In my opinion, Kibbeh is a cuisine in itself! There is an infinite number of ways to make this very popular dish.  It usually consists of cracked wheat and ground beef that is stuffed and then fried or laid flat and baked.
“Heeleh” literally means a hoax or a trick and there is a reason why they call it that.  You are “tricked” when you eat it because it is not prepared with meat but rather a vegetable as a substitute.  It is the Kibbeh of the poor as they call it back home.  Not only is meat missing from the mixture, but also missing from the stuffing.  Kibbeh is almost always stuffed with meat, onions and pine nuts even when made by mixing the cracked wheat with a vegetable.  The Kibbeh Heeleh is stuffed with fried bread crumbs!

Every time I talked about this dish back home I was perplexed by the fact that very few had heard of it.  They all know the Kibbeh Heeleh, but stuffing it with the fried bread was a foreign concept to many of them.  This leads me to believe that this variation of the dish could have started in my hometown dating to the early 1900s when living conditions were harsh as food was scarce, the Ottoman Empire was crumbling and the French occupation was knocking on the door.  My grandparents were especially poor which is probably why they ate this version of Kibbeh the most.  It just amazes me how even in the toughest times people managed to satisfy their taste buds and come up with some of the most creative dishes! The Poor's Mundane Becomes the Vegetarian's Delicacy! 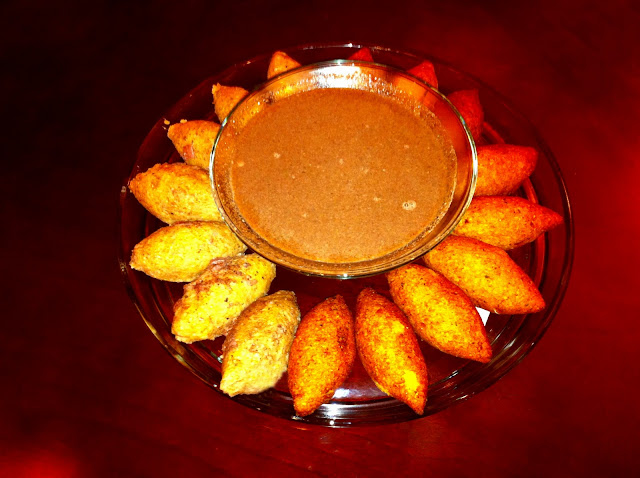 Cut and peel and the pumpkin.  Boil the pieces in water after adding a little salt. While the pumpkin is boiling, deep fry the bread until brown, dry from the oil then put them in the food processor.  Give it a rough chop in there because you want the outcome to be rough bread crumbs and not like the ones you buy at the grocery store where they are always fine. Remove from the food processor and clean it out.  At this point if the pumpkin is cooked,  drain the water and squeeze each piece of pumpkin to make sure it is dry.  Dry further with a clean piece of cloth and squeeze until all the juices drain out.  It is crucial that the mixture is dry otherwise it will not hold when making the Kibbeh balls.  Put the pumpkin pieces in the food processor and puree, then add the cracked wheat and allow to sit for at least an hour before mixing it in.  Remove everything to a mixing bowl.  Clean out the food processor and now drop the onion in there.  Puree the onion then squeeze all the water out of the onion.  I usually grab about 8 sheets of paper towels, layer them, put the pureed onion on top then squeeze the juices out and let them seep through the paper towel.  Then add the onion to the mixing bowl.  Add all the spices and mix everything together.  If you like you can add everything back into the food processor for a final spin.  At this point you are ready to make the Kibbe! Below is a video I made for you:

After you are done, preheat some vegetable oil to around 350 and start deep frying them.  When you see they are turning golden brown is when they are ready.  Now like I have said before, Kibbeh is a very versatile dish, so you can even boil them in a yogurt base sauce instead of frying, or add tomato paste to them after they come out from the fryer and further cook them by adding water, or even cook them in Sumac sauce without frying them at all.  You can even eat them just like that, with some pickles on the side perhaps. Whatever floats your boat! Here I chose to fry half and boil the other in Sumac sauce.  If you are interested in making Sumac sauce let me know and I will share a good recipe with you.  When Kibbeh is cooked in Sumac that is another variation called “Mansoufeh.” I will share that dish with you in the future as well.  I hope you feel the love when preparing this dish.  It has to stem from the heart otherwise your Kibbeh will just not hold very well together!
Email Post 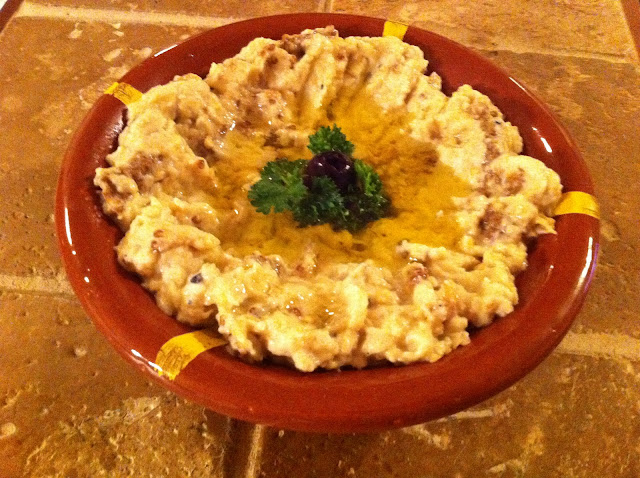